How to Thicken Buttercream

If your buttercream is not quite thick enough to hold its shape or too runny, it most likely will be because you have added too much liquid or worked with too warm ingredients. It can be fixed in most cases, although it may be a case of starting again if it has gone too far. But, before you discard your spoiled buttercream, have a go at fixing it.

Buttercream that is not quite thick enough or too runny can usually be put right by adding more ingredients or chilling it to bring it back to room temperature and re-whipping. However, it has to be done very carefully if you want to save it.

How to thicken buttercream

An American buttercream or other buttercreams based on butter, powdered sugar, and liquid are easy to thicken by adding more powdered sugar a teaspoon at a time and beating in between with a paddle attachment on your mixer set to a medium speed.

If you don’t want to make the buttercream sweeter, you can add up to a tablespoonful of corn starch as it will not alter the taste, but if you add more than that, it will give it a starchy flavor.

Fortunately, thickening other types of buttercream such as Swiss, French, German, Russian, and Ermine Buttercream is also an easy process.

If Swiss buttercream is too soft, it is most likely because the meringue wasn’t cool enough before you added the butter.

If the buttercream is very runny, then put it into the fridge until it begins to harden around the edges, which will take about 20 minutes. If it is not so runny, leave it in the fridge for less time.

After that time, the center of the buttercream will still be runny but using your paddle attachment for your mixer, scrape the butter from the sides of the bowl, then whip it for three or four minutes at medium to high speed, and it should solve your problem.

However, if it’s still too runny after that time, put it back in the fridge for a further 5 minutes and whip it again. Repeat until the texture is right.

German buttercream is custard-based and providing you make sure that both the custard and the butter is at room temperature 72-75F/22-24C, you should have no problems. However, if it’s too soft, then place it in the fridge for 5 – 10 minutes, then re-whip it at a medium speed using the paddle attachment for your mixer. Repeat the process if it’s still not firm enough.

This simple buttercream rarely goes wrong, provided the butter and the condensed milk are the same temperature. They should be at room temperature 72-75F/22-24C. If you find that the buttercream is too soft, then place it in the fridge for 10 minutes, then re-whip it at a medium speed using the paddle attachment for your mixer. Repeat the process if it’s still not firm enough

If your buttercream is too runny, it may look like a greasy mess or a thin watery soup because…

What to do if buttercream is too runny

For an American style of buttercream that is made from powdered sugar, you should always be very careful about adding liquid e.g., such as milk, cream or lemon juice as you make the buttercream. Add a small drop at a time until you reach the desired consistency.

If you add any liquid after the buttercream has been made then it is likely to make it runny.

If you mistakenly add too much liquid to a powdered sugar based buttercream then you can add more powdered sugar a teaspoon at a time until it’s the right consistency.

Alternatively, if you don’t want to add more sugar that would make the buttercream sweeter then you can add up to a tablespoon of cornflour a teaspoon at a time until it’s thick enough.

Adding a little cornstarch to the buttercream won’t alter the taste in any way but adding too much can give it a starchy flavor.

If your American, Swiss, French, German, Russian, or Ermine buttercream are like soup because they are too warm, put them into the fridge for about 20 minutes until the edges begin to harden.

After that amount of time, the center of the buttercream will still be soupy in the center. After you scrape the butter from the sides of your bowl, whisk it for about 5 minutes on a medium speed with the paddle attachment of your mixer the temperature will begin to equal out and it should thicken.

If after that time it hasn’t worked then check the temperature of the mixture with your sugar thermometer to see how much more it needs to cool. It should be about room temperature 72-75F/22-24C.

When it all reaches room temperature your buttercream should become the creamy fluffy mixture you want.

The conclusion…
First of all, this is important…
If you use the sugar thermometer to check the temperature of the butter make sure you clean all grease from it before it’s used for checking the temperature of any heated sugar. If you are not sure if it’s thoroughly clean then wipe it down with some lemon juice and that will counteract any grease.

If you are making buttercream I will not pretend that nothing can go wrong but it’s usually down to human error.
If you follow the recipe and measure your ingredients, follow the instructions carefully, and make sure that the ingredients are at the right temperature then you have a better chance of making the perfect buttercream.

The environment you are working in also plays a part in getting it right so make sure your kitchen is not too hot or too cold. If it’s too hot then turn on the fans or work in the evening when the air temperature will have cooled down. If your kitchen is too cold then heat it up before you start.

Keeping all that in mind there is no reason why you shouldn’t be successful in making excellent buttercream and completing a beautiful cake.

On the other hand, if your buttercream has gone too far and it cannot be saved, discard it, start again, follow the recipe and now you know where you went wrong your next batch will be perfect.

If you have any other questions about buttercream that is too thick or too runny, ask them in the comments box below, and I will try my best to answer them for you.

Buttercream – How to Make 6 Different Types

How to Fix Curdled Buttercream

How to Fix Grainy Buttercream 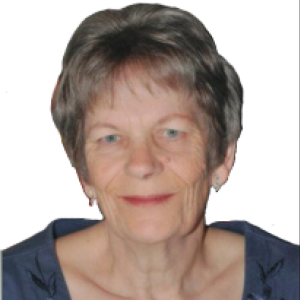